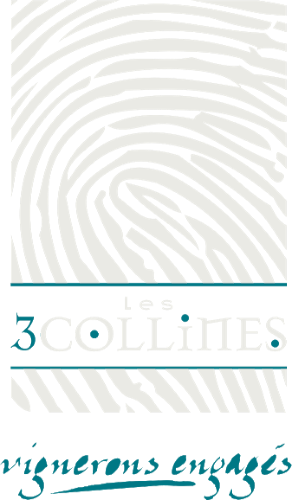 PRead through the story of Le Cellier des 3 Collines, visit the Vineyards of its Cooperators
and most of all, come and taste our wines in one of our two shops, either in Flayosc or in Draguignan…

And, if you are too far away … Order our best vintage on our Online Shop !

In 1987, la Transiane, the cellar of Trans en Provence got associated with la Dracenoise, which 20 years later did the same thing with la Flayoscaise, the vintage cellar of Flayosc.

In 2010, the cellars of Draguignan and Flayosc getting older and not up to the standards, the decision was taken to make a new cellar, unique, so that to improve the quality and the customer reception, the aim being to place it on a road with an important traffic and easily accessible. So, the Michelage Roundabout was selected.

Work began in autumn 2011 to end in the current winery, including a shop and administrative offices, the cellars as well as a meeting room that can host exhibitions or training… It was inaugurated in July 2012. 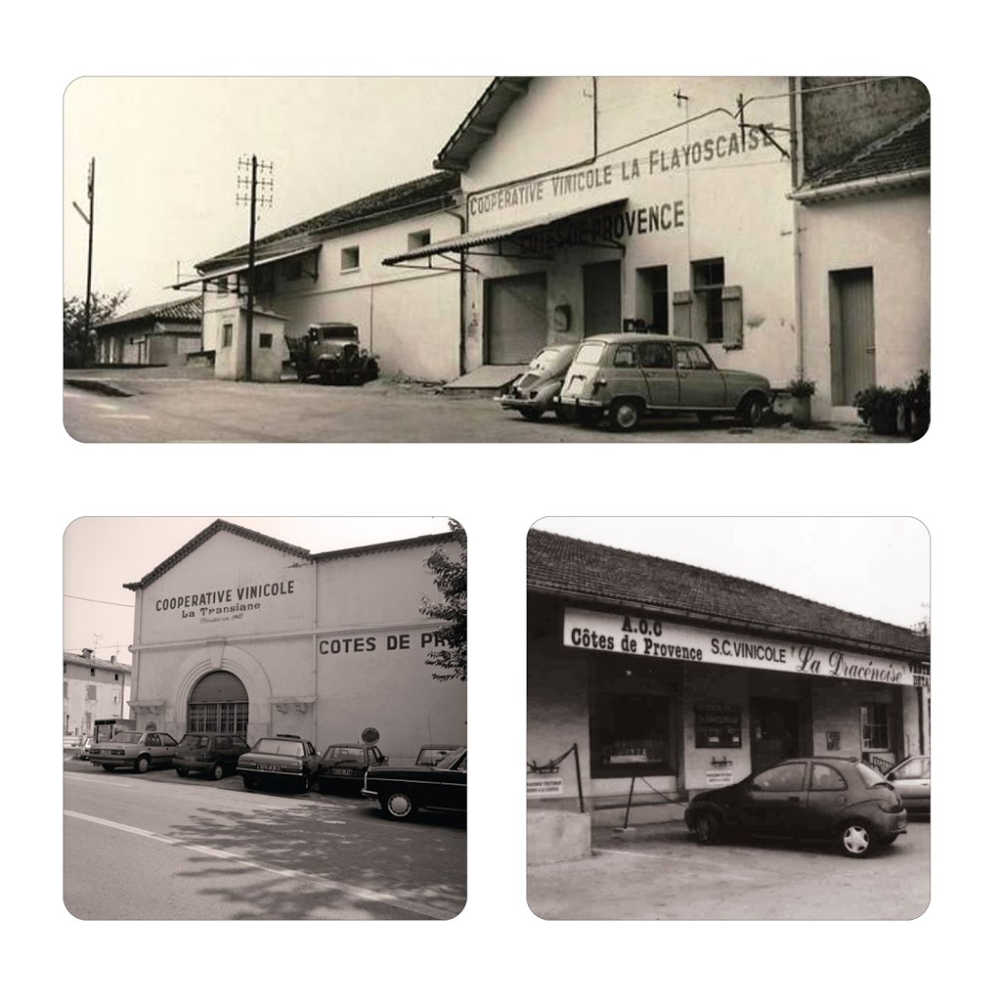 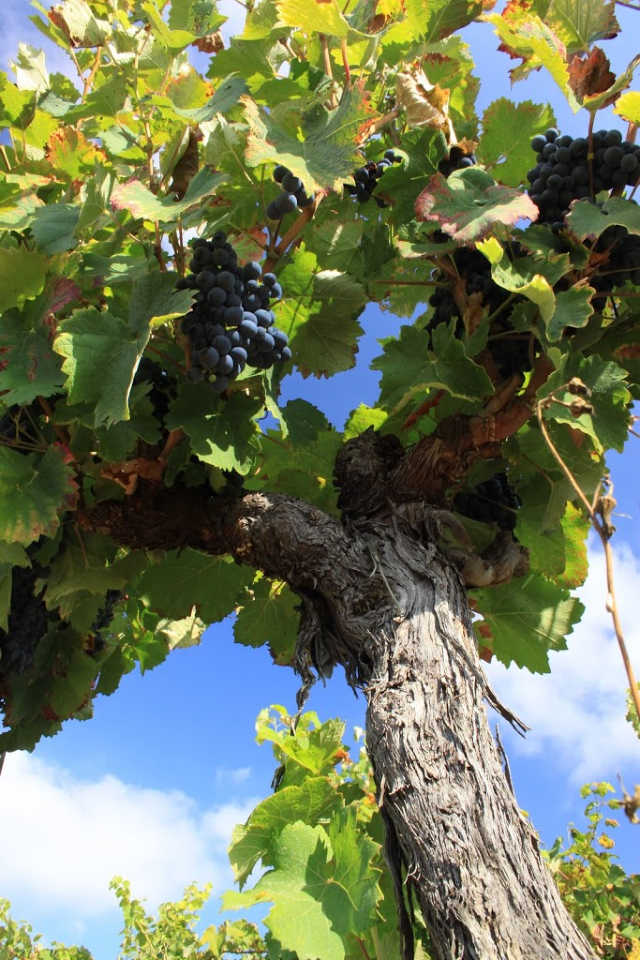 The vineyards being spread on the hills of La Sigue (Flayosc), the Selves (Draguignan and Trans) and the Seyran (Draguignan and Flayosc), it seemed obvious to rename the Cellar of Flayosc …

Our identity, related to a fingerprint, represents the topography of a vineyard or the furrows of plowing. 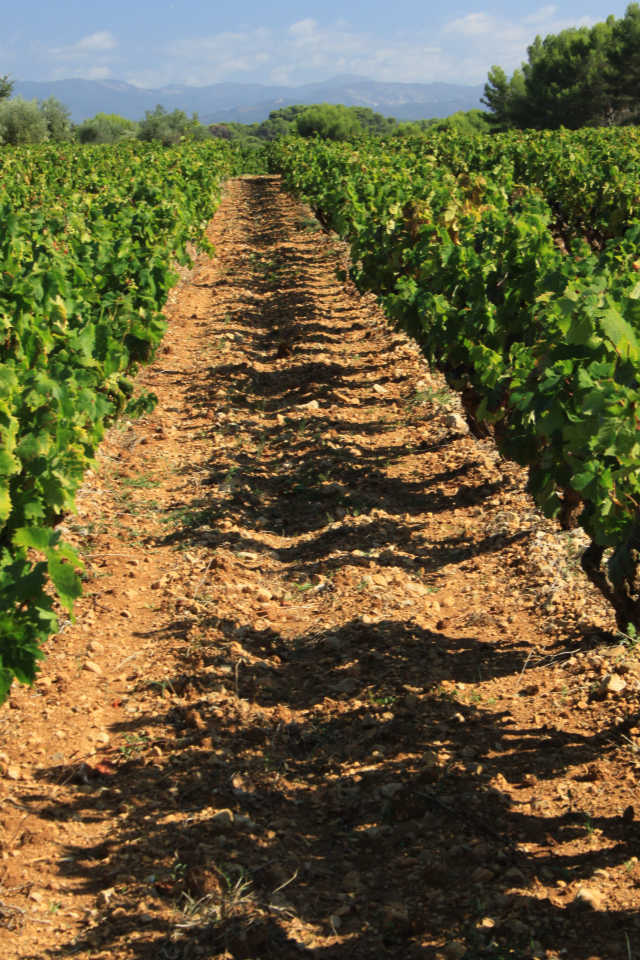 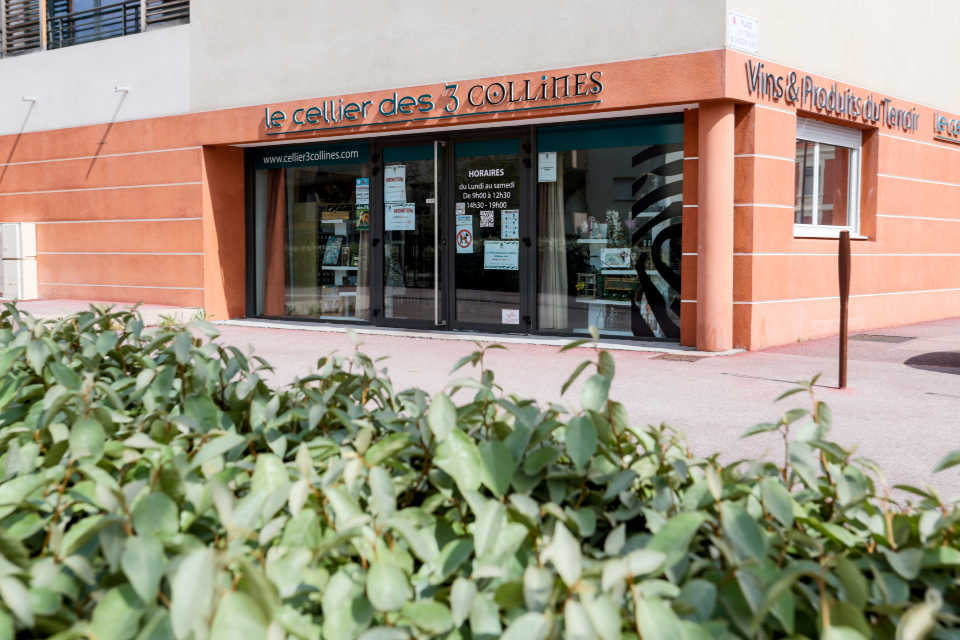 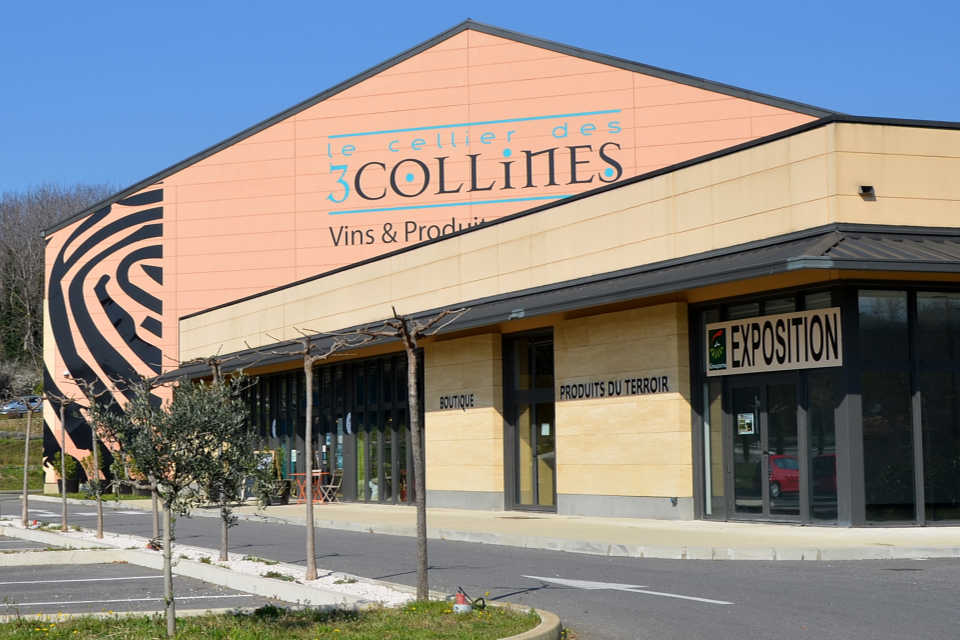 Le Cellier des 3 Collines consists of 2 cellars where our team will welcome you to taste our wines and make you discover all the magnificent products of our beautiful region.

Te first one, at theRond-Point Michelage in Flayosc, place of its head-office but also where the wine-making and the bottling take place… The second one at Espace Chabran in Draguignan.

Come and taste our Wines!

You can find out more about which cookies we are using or switch them off in settings.

This website uses cookies so that we can provide you with the best user experience possible. Cookie information is stored in your browser and performs functions such as recognising you when you return to our website and helping our team to understand which sections of the website you find most interesting and useful.

Strictly Necessary Cookie should be enabled at all times so that we can save your preferences for cookie settings.

If you disable this cookie, we will not be able to save your preferences. This means that every time you visit this website you will need to enable or disable cookies again.